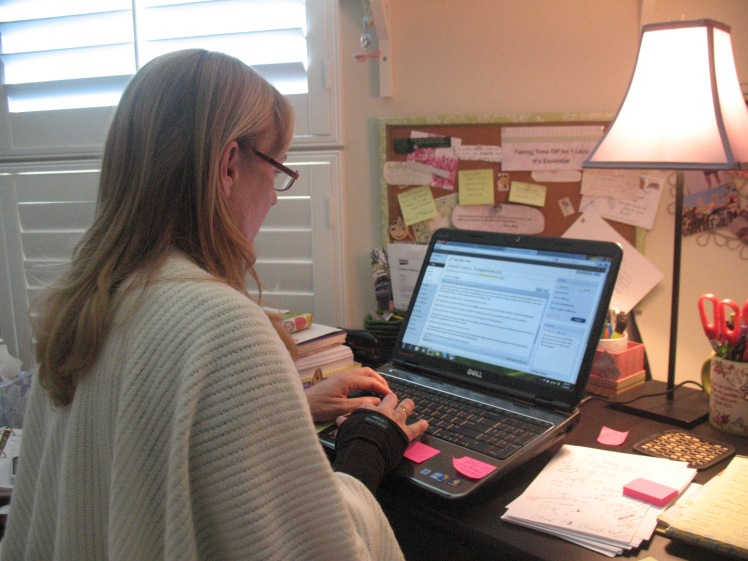 It’s been nearly three years since the idea for my next book, Dangerous Ground, began rattling around in my head. Bits and pieces flew at me on the road, in my sleep, in the shower and, well, just about everywhere.

It’s quite a journey to write a book.

Surprisingly, the idea originated with a writer’s group prompt. A local organization held a contest for a few weeks during which time they posted a picture in the newspaper and asked for short stories based on the photo. (The original is posted below.)

I’m not good at short stories, but I forged ahead with the prompt for our next meeting. What happened next? The beginning of a story unfolded.

No short story, either.

The picture inspired a scene which connected to a book on human trafficking I’d read a few years previously and turned into an idea for a novel. Of course that was only the beginning.

It’s like waiting for a baby. Only longer. And the labor, rather than being a few hours to a couple of days lasts much longer.

So here I am in the final stages of that labor. I’m polishing words, sentences and formatting while the cover is being designed.

One exciting aspect about Dangerous Ground is that I will be donating at least half the proceeds to three organizations that fight human trafficking and help those who have been rescued. One is international, one is national and one is located near my home in Florida. In my years of research, I found that each one of these organizations has the same heart motivation, but targets a distinct need.

So every person who buys the book will also be helping an important cause.

Look for your chance to be a part of changing the world one book at a time beginning in August. Release date coming soon!

Sierra tried to pull her eyes open. Through blurring slits, she saw the black car with its door open. She didn’t want to go in the big car, but her legs wouldn’t work when she tried to kick them to say no. Then the seat belt buckle hit her face. A trickle of something wet rolled down her cheek. The last thing she remembered was her body pressing against the seat as the car sped off.

7 thoughts on “The Writing Journey”