Tomorrow we celebrate our twelfth wedding anniversary. We’re looking forward to some restful, romantic, and fun time together. We believe that God has something growing in us as a couple, and we’re looking forward to seeing what that is. After the miracle of meeting online with Brendan and his children traveling across the world from Australia, we’ve had many challenges, joys, and miracles along the way. God keeps us on our toes as he refines us through the gift of marriage!

One thing I would leave you with is to remember that God is faithful even when we can’t see beneath the surface! 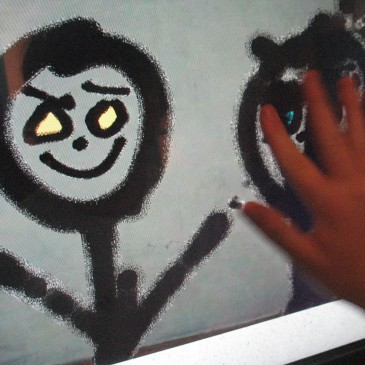 This week I responded to a request for comments on Facebook about a new e-book that’s come out by Jeff Goins. As I mentioned in last week’s blog, What Makes a Writer a Writer, I found his blog post last week very helpful and encouraging. Naturally I was happy to make a favorable comment!

My comment contained part of my blog post which I quickly copied into the comment box. I added a couple of quick rearranged sentences in the opening and pressed “share.” Only after hitting the button did I think that perhaps I should have edited it…

Besides, I was in such a hurry.

Later that evening I received a text from a friend: “You might want to change a word you wrote on Facebook.”

I raced to open my Facebook page with dread in my stomach. The sinking feeling was warranted.

“Last year, I decided to take righting seriously…” the glaring misspelling pointed all of my Facebook world to how seriously I’d been taking writing!

I laughed so hard.

A year ago I would have melted in a puddle of mortified embarrassment, but after seeing my error, I posted another comment about my silly mistake with an “lol.”

I hope that means I’ve grown as a writer. Fear of failure, not being good enough, insecurity and fear of rejection have been constant companions over the years of picking up and putting down my literary projects. The other night I bid them farewell with a shake of my bemused head.

Mistakes, frustration, critique and rejection mark the life of a writer so I expect all of those including hours of writing and re-writing to populate my days. But, hopefully my attitude becomes more gracious and professional as the days pass. Write?