My real life took precedence over my writing life yesterday even when I considered myself prepared and actually accomplished quite a bit of work. Let me explain my dilemma.

I made plans to spend the day with a friend at the hospital as she had a pretty substantial procedure done. I knew ahead of time that I would probably not be able to post as usual, and even warned myself to write ahead of time (HA! like that happens) or at the very least take my computer and post remotely from location. I’m clearly not techie enough yet because in the early morning hours when the thought buzzed through my mind like a hummingbird off to it’s next flower, I wondered “why in the world would I need my computer?” And I grabbed plenty of paperwork to accompany me, but left my computer closed on my desk. Any normal techie of today’s world would have brought the computer, not necessarily any paperwork (since it would all be ON the computer). Alas, I’m still an old school girl.

Hence, why my regular post has been postponed (pun intended) until today. Sorry my friend who may have looked for me at the three o’clock feeding, I didn’t have it in me at 11:30 last night. Trying to make it up here with two…online dating soon to come… 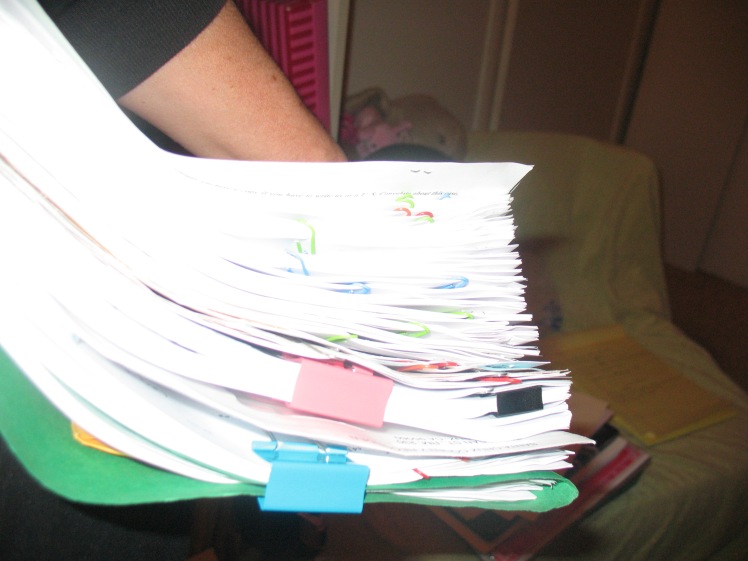 Two weeks passed and we had less than two weeks until Brian and Carol’s wedding so we no longer expected that Brendan would be able to move here in time. Our plan B was for him to at least visit and be Brian’s best man, but even that couldn’t be managed as he tried to get business and household stuff in order for moving. Plus, his coming for a visit while his visa paperwork was in process could be viewed as his trying to get in illegally. In the end, he bought me a ticket to come back to Australia just a few days after the wedding. It seemed like the only option to address our misery of separation.

As we counted down to Carol’s wedding with no visa papers approved, Brendan and I realized that we would have to postpone our original wedding date as well. By that point, I actually felt okay about it. I called the wedding director at our church and told her the news. With gracious encouragement, she assured me that we could keep planning and adjusting as necessary. We checked out dates in May–I think there was only one open, and the next date was in July. I wanted to trust God for May.

Having Brendan miss out on Carol and Bri’s wedding broke my heart, but their day turned out to be beautiful, and I sent Carol off, a married woman, with kisses, hugs and tears of joy as well as some sadness. A few days later I left for Australia still with no visa paperwork in sight. It had only been a month so I tried to be realistic about my expectations while trusting that God could still do a miracle and shorten the time. Little did I know that while I was flying to Australia, someone was reviewing our paperwork.

The kids began to ask when they would be moving to America for the wedding. We talked to them honestly telling them that we had to just keep praying and trusting God with the timing. Blair said he wanted the visas right then and had a feeling they were ready. We wondered at his little boy understanding, but actually, when he said that, the approval was being stamped and mailed.

The papers were in my mailbox when I returned home. It had taken only six weeks–a step that was supposed to take six months at least! Naturally I called Brendan as soon as time zones would allow in order to give him the good news…and the bad; there was still a mountain of paperwork to be filed by him in Australia. This was just the initial approval. It said that if we hadn’t heard from the Australian consulate in four weeks’ time, we could contact them for further instruction…

Despair is the word I used in my journal to describe my feelings about missing Brendan and expecting government bureaucracy to cooperate with our plans to be reunited for an April wedding. I woke up every morning feeling sad with my heart achy and restless for him. I watched Brendan’s eyes show the same despair every time I talked with him.

I prayed feverishly for God to intervene, to make me patient, to ease the pain in my aching heart and to give me a bigger perspective. After all, Brendan and I would have our whole lives together; I had waited this long, what was a few more months…or gulp, a couple of years?

WAIT! My viewpoint was that I had ALREADY waited this long to have Brendan in my life, why did I have to wait longer?? Couldn’t I  figure out something that didn’t have to do with waiting? Maybe I should just go to Australia and marry him there even if it meant having to come home again without my husband. Couldn’t I have a guarantee that all the paperwork would miraculously be whisked to the top of whatever million applicant file it was in, stamped immediately and we’d call it good? Truth is, life just doesn’t work that way. But I asked God anyway and apparently, he does work that way.

God used the waiting time to show me how afraid of authority I still was. The unreasonable, incompetent government was in complete control over my future is how I saw it, but really God wanted me to see that HE was in control, even over the immensely huge and impersonal institution of the government. He showed me how situations in my past had caused this fear and distrust of authority and how it had affected my life over the years. He wanted me to be free. He wanted me to believe that he could and would do whatever good he planned for me even when it looked like I was helpless. He also taught me that one step at a time would get me where I needed to be and not to fret about the future, the past and what didn’t seem to be happening.

I also felt that the whole situation and the process of waiting for a miracle wasn’t just about us–it was to create a miracle for others to witness when they heard our story. Carol reminded me that God was giving us a testimony in our story, which is exactly what we had prayed for! We wanted others to be encouraged by what we were going through. And in the meantime, I started to learn how to live one day at a time.